EV charging network in the Kootenays 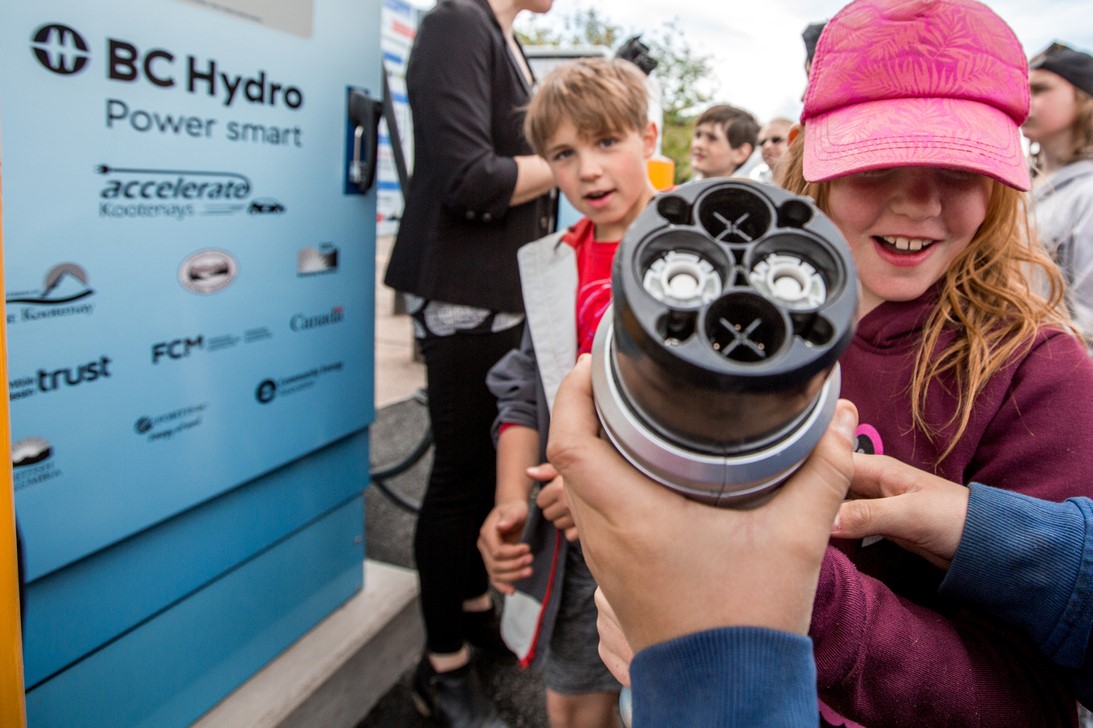 Three districts in the Kootenays, British Columbia, had a vision — a regional network of electric vehicle (EV) charging stations that would reduce greenhouse gas (GHG) emissions while boosting the use of EVs and EV tourism. Along the way, the project also became a stirring example of how to work in partnership and drive community-led change.

Transportation accounts for 61% of GHG emissions in the Kootenays. Small, widely spaced communities and limited public transport options mean the residents as well as the visitors who flock to this all-season tourism destination rely heavily on personal vehicles. Local leaders saw opportunity in the dearth of EV charging stations, but their success depended on thinking big. The network had to span the entire region to ensure that travellers had reliable and convenient access to charging stations, from Field to Creston, and Elkford to Midway … and everywhere in between.

An innovative partnership model brought together communities, local and regional governments and funding and implementation partners, including FCM. They all shared a clean transportation vision. By leveraging a $90,000 commitment from the regional districts into more than $1.9 million in funding, the project built 13 direct current fast charging stations and 40 Level 2 stations in 40 communities. The Level 2 stations are owned and operated by the site hosts, and it’s the first time in BC that regional and local governments managed procurement independent of utility partners. The environmental benefits will only appreciate over time as more people buy into the EV grid.

The focus on partnership and community involvement is as much a success story as the network itself. At the local level, each community selected the site for its charging stations, making sure they were near local amenities, businesses or tourist attractions that visitors could frequent while their vehicles were charging. A winter driving video and EV test drives and promotional events at summer markets helped build interest and engagement. Local EV driver “champions” helped with outreach and public education — an important value-add in areas where EVs are a relatively new concept.

This unprecedented collaboration of three districts and more than 25 communities in addressing a region-wide issue could become a model for action in similar jurisdictions. In fact, rural areas in northern BC, southern Alberta and the Yukon have already expressed interest in replicating this approach. In a nod to the fact that success breeds success, PetroCanada, Tesla and FortisBC have already committed to installing more than 25 additional charging stations in the Kootenays region.